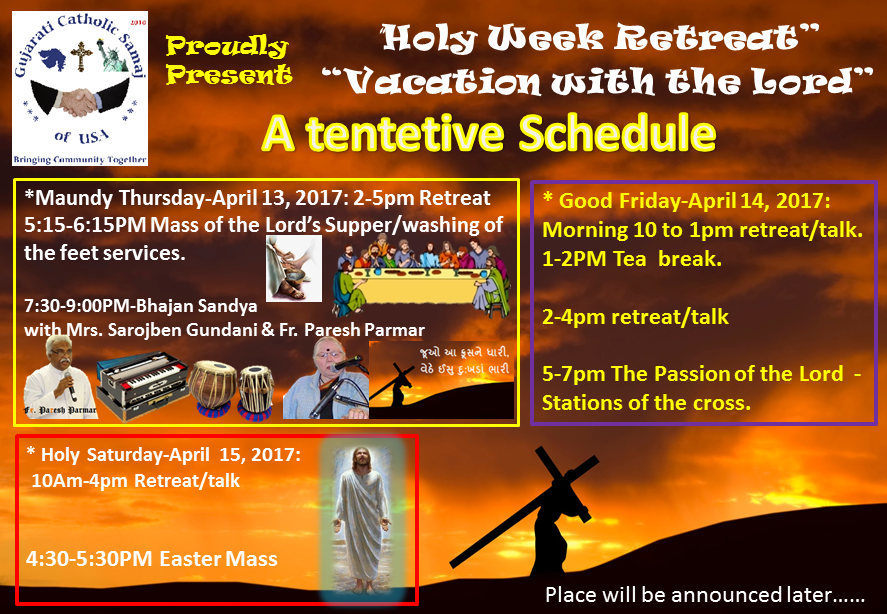 After some discussion we have decided to have three days program instead of four days as earlier announced. Plus we have added a “Bhajan Sndhya” on Thursday night.

Please find below the tentative schedule which is more likely be the final:

5-7PM The Passion of the Lord/Stations of the Cross.

The venue is not finalized yet but will make an announcement once confirmed.