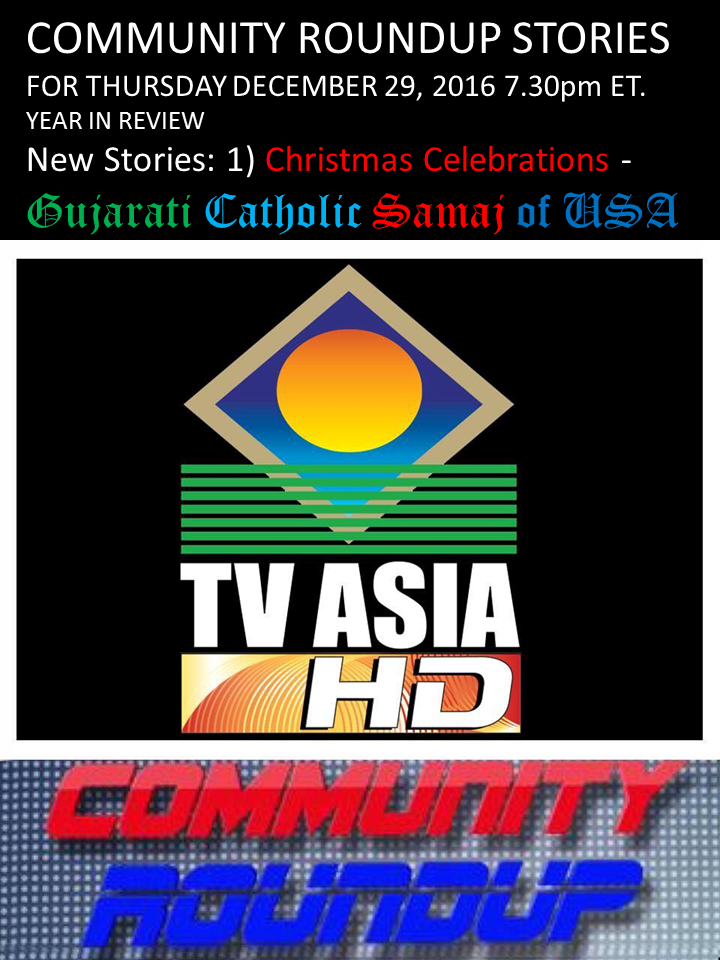 Please watch the brief highlight of the 2016 Christmas celebration organized by “Gujarati Catholic Samaj of USA” on TV Asia, Please tune in to TV Asia the only Indian TV channel at 7:30PM ET for Community roundup program.

The 2016 Christmas Garba/Dance night was held at the TV Asia Auditorium on Friday, December 23, 2016.

TV Asia is the first Information and entertainment channel for the South- Asian community in North America. The network was founded in April-1993, by legendary Indian movie star Mr. Amitabh Bachchan. In 1997 as part of a restructuring the network, a well-known entrepreneur and community leader Mr. H.R. Shah, took TV Asia and grew it to what it is today, A channel that focuses on the Indian community within the US and a medium that reaches out to the masses and brings them under the umbrella of culture, tradition and family. Mr. HR Shah’s backing, resources and the fact that he is based in the U.S., gave TV Asia a huge boost, making it the premier South- Asian network in North America.

YEAR IN REVIEW Highlights of JULY 2016