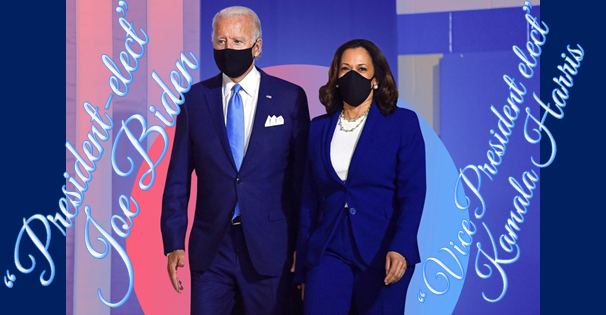 I witnessed a history making event in 2009 when Senator Barack Obama, the first African American, became a President of USA (2009-2017), the oldest democracy.

Senator Kamala Harris will be the first woman, woman of color and of an immigrant family with roots in India.

Donald Trump (70) was the oldest person to hold the office of US President, but now that record is broken by President elect Joe Biden (77).

The First Amendment states: “Congress shall make no law respecting an establishment of religion, or prohibiting the free exercise thereof; or abridging the freedom of speech, or of the press; or the right of the people peaceably to assemble, and to petition the Government for a redress of grievances.”

The freedoms in the First Amendment include the freedoms of religion, speech, press, assembly, and the right to petition the government.

The U.S. Constitution famously prohibits any religious test or requirement for public office. Still, almost all of the nation’s presidents have been Christians and many have been Episcopalians or Presbyterians, with most of the rest belonging to other prominent Protestant denominations.

Although Roman Catholicism has long been the nation’s largest religious denomination, in 1960, John F. Kennedy became the second Roman Catholic to run for the presidency. The first, New York Gov. Al Smith, ran in 1928 and was the target of anti-Catholic bigotry. John F. Kennedy (1961–1963) remains the only Catholic president. And since Kennedy’s assassination in 1963, only one other Catholic, John Kerry, has been a presidential nominee on a major party ticket.

After Kennedy’s assassination, Johnson was sworn into office aboard Air Force One with his hand on Kennedy’s copy of the Catholic Missal rather than a Bible.

The vast majority of the U.S. Presidents placed their hand on the Bible when being sworn in, including George Washington, but some presidents, like Theodore Roosevelt didn’t use the Bible. Neither did John Quincy Adams and Franklin Pierce; instead they placed their left hand on a law book, with the insinuation that they were swearing an oath to the U.S. Constitution. Recently, President Barrack Obama took the presidential oath of office on two different Bibles and used the same Bible that Abraham Lincoln used in his inauguration in 1861 but also Martin Luther King Jr.’s Bible, however not every president swears by the Bible or uses it during their inauguration.

This report is compiled from various sources from Google. Jagadish Christian