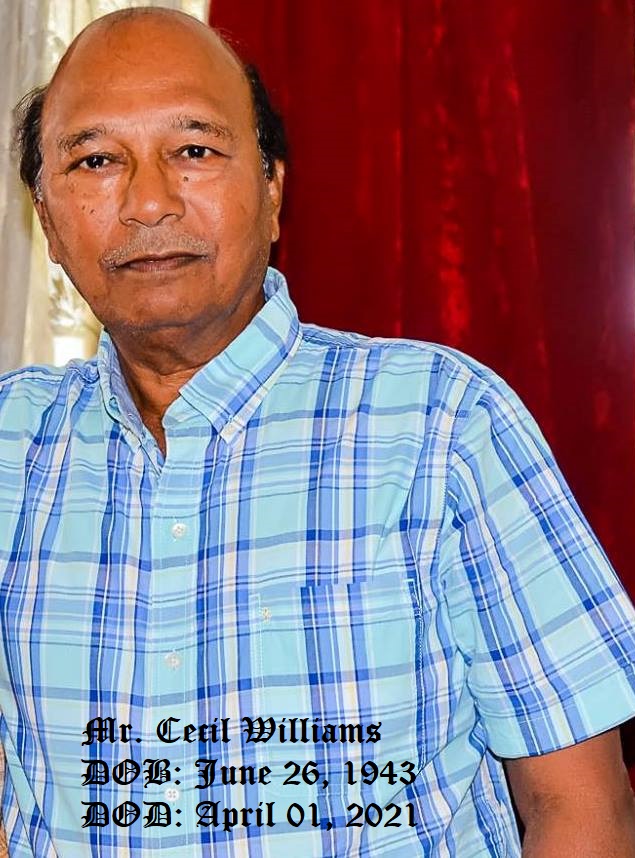 His son Connor Cecil Williams also played for Vadodara Ranji team (1995-96 to 2010-2011) and was selected in Indian TEST team touring South Africa and England but did not get a chance to play any test. He is also playing different role in cricket world.

May God grant his soul an eternal peace and comfort to his family and friends. 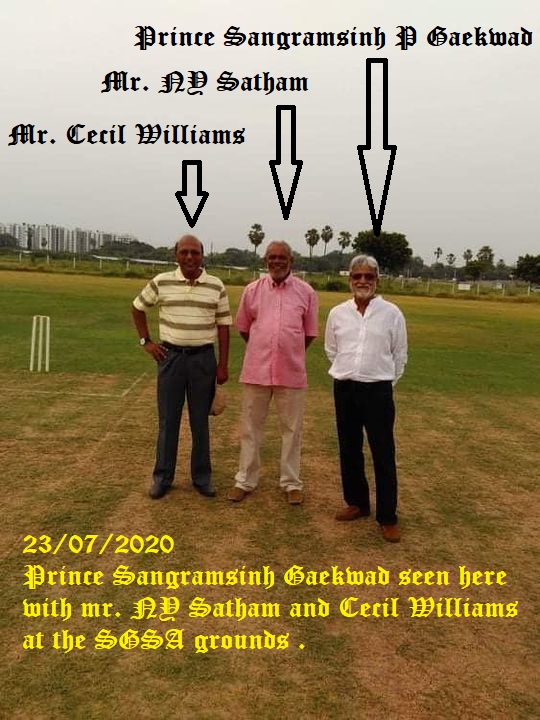 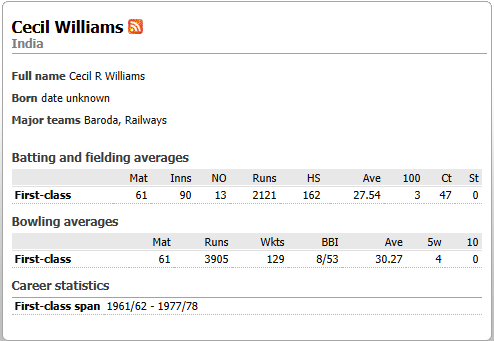 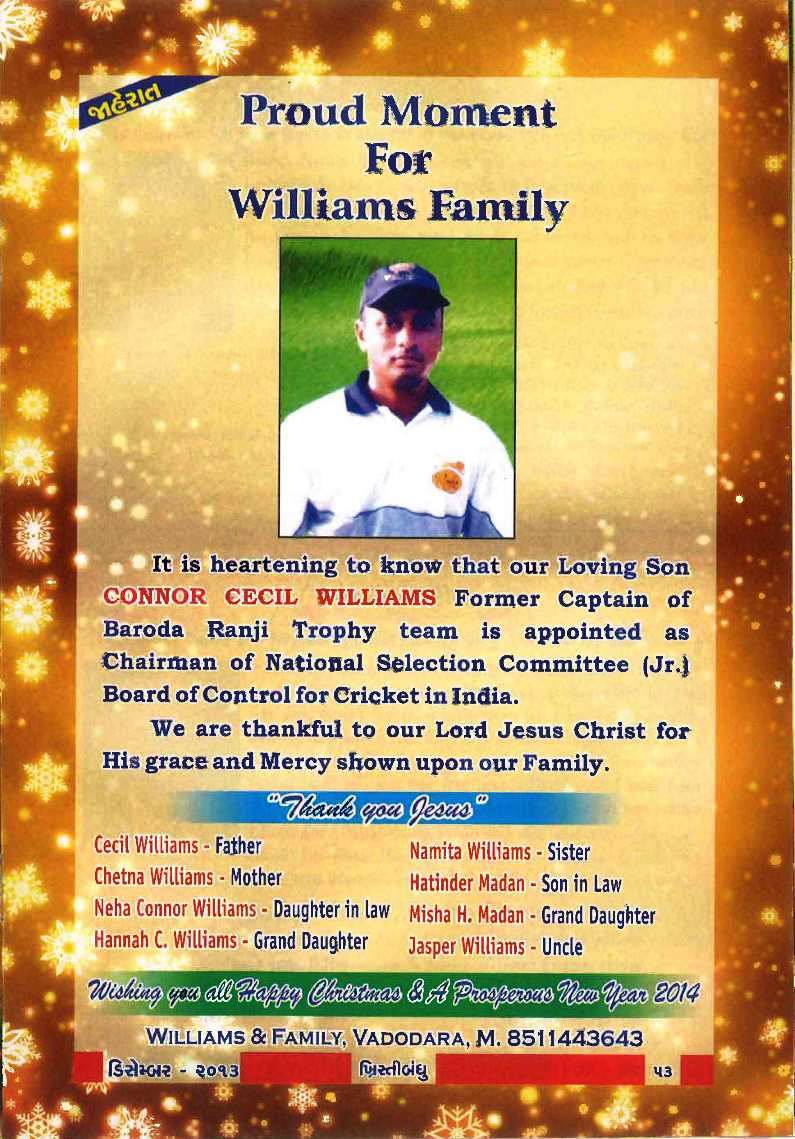 Thank you Mr. Joyel Mechant for the infomarion.