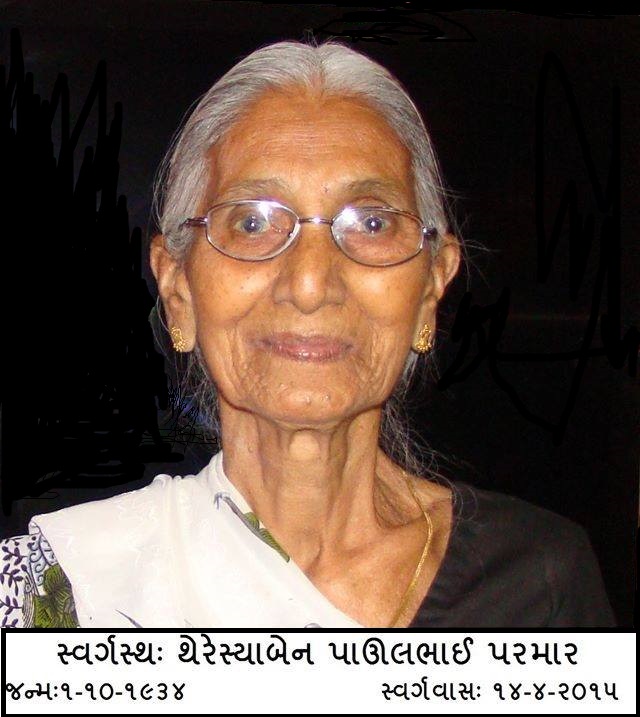 Mrs. Theresiaben Paulbhai Parmar passed away on early morning of April 14, 2014 at her home in Anand with her four children on her side. She is mother of my brother Ketan’s wife Ila, Anto leo, Jyotsnaben Rathod, Eric Leo, Florence Macwan & Vandana Parmar. She is survived by her children, several grandchildren.

“Tonight, God decided he needed another angel by his side & took my sweet grandma away from us. She was the purest, kindest soul I ever had the privilege of knowing & will forever be in my heart. Rest in paradise, Ba. I love you more than you will ever know.” – Christine Christian

It was a blessing and privilege to know her and call her “BAA”. Your mesmerizing smile and sense of humor will be greatly missed. May God rest her in peace. May GOD grant comfort to her children, grandchildren and relatives. 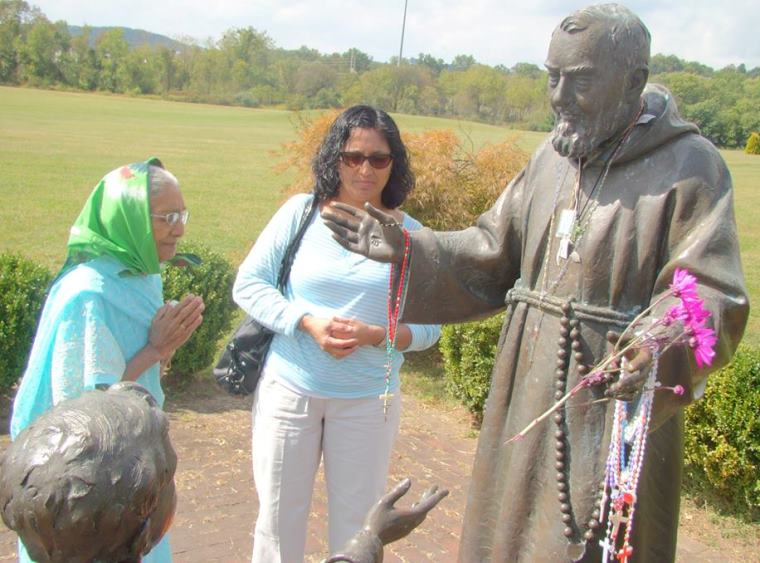 One thought on “Mrs. Theresiaben Paulbhai Parmar passed away. May God rest her in Peace.”