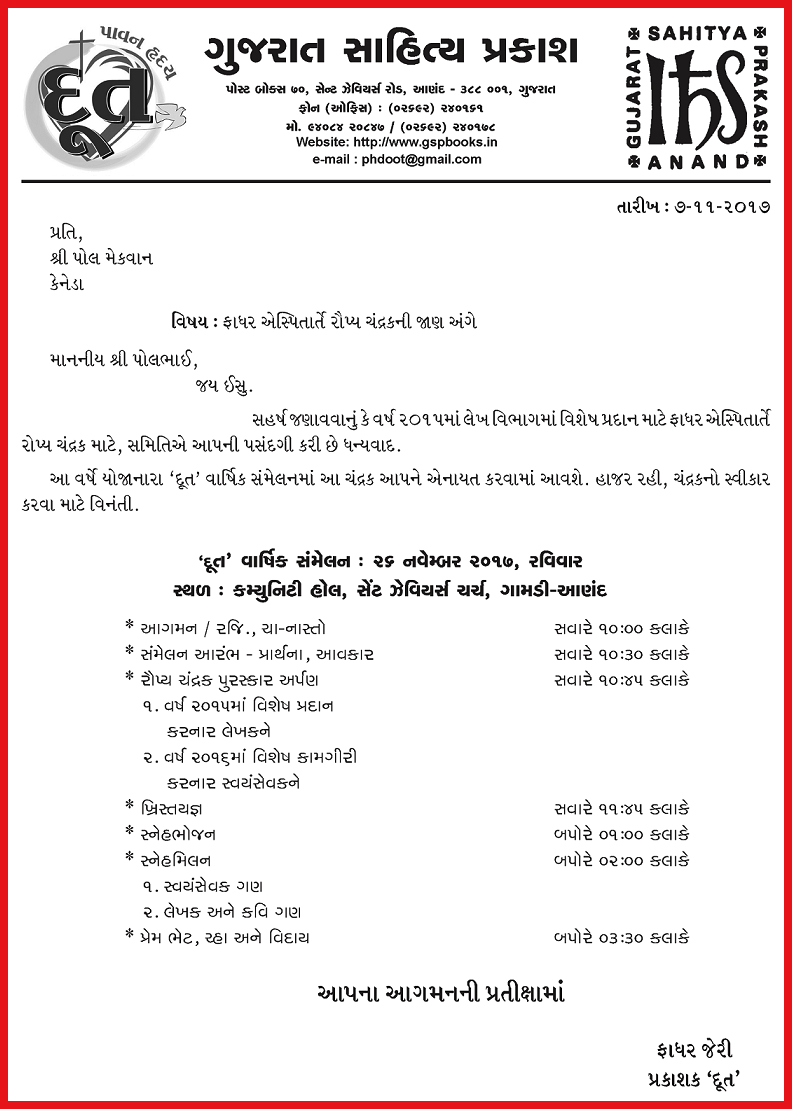 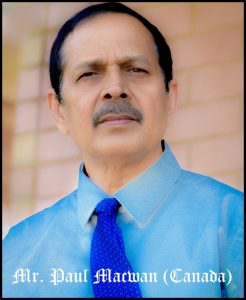 Congratulations to Mr. Paul Macwan from Canada for being awarded the ‘Fr. Aspitarte Silver Medal’ by Doot on 26th November, 2017 for his contribution to Doot in the year 2015. The inscription on the award reads as:

“Fr. Azpitarte Silver Medal awarded to Mr. Paul Macwan (Canada) for contributing to ‘Doot’ as the best writer for the year 2015”.

Though he was unable to go to India to receive the award, the award was accepted on his behalf by his sister Sr. Agnes (St. Anne’s) during the ceremony on 26th November 2017.

Few pictures from the ceremony: