Article from The Week

Thumbs down for wedding gowns 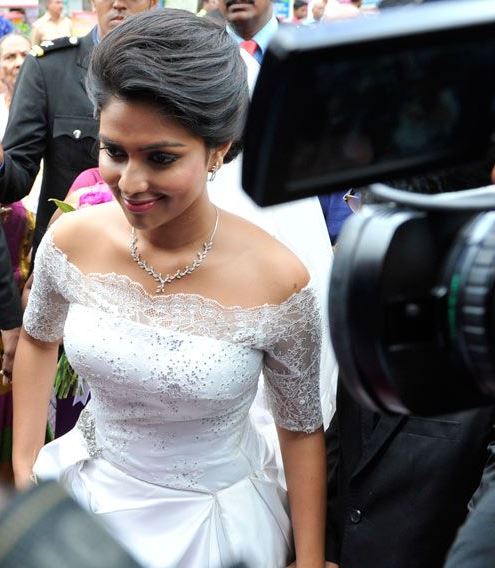 Kerala-based churches are facing a sartorial crisis of sorts. With more brides shedding the traditional white sari for the wedding gown, they cannot seem to decide whether the western wedding gowns are Indian enough.

Though there is a general ban on wearing wedding gowns, various churches are independently issuing diktats against wearing gowns for weddings asking the brides to keep “propriety in mind’’ while choosing a wedding dress. The ecclesiastical orders generally ask the brides to keep the cultural aspect in mind.

One prominent church among them is the Malankara Orthodox Church in Parumala. The church has made it mandatory that the brides should wear sari for the wedding.

“We do not allow brides to wear western gowns for weddings here. We expect them to wear a sari and this ban has been on for quite some time,” Fr M.C. Kuriakose, manager of the Parumala seminary, told THE WEEK. He insisted that this decision should be seen in a cultural context.

The priest said that the managing committee decided to ban wedding gowns as it created a lot of unnecessary controversies. “Sari suits our cultural ethos and it is liked by everyone,” he said.

Another Jacobite priest, Fr George C. Kurian, felt that by wearing a deep neck or see through gown, the sanctity of marriage is being questioned. “It is disrespectful to both the church and Indian culture,” he said.

But, he insisted that the church is not against modernity. “It is just that we do not see western gown as a sign of modernity or sari as a sign of regressiveness. It is all about propriety,’’ added the priest.

It is learnt that the wedding gown became controversial when a priest admonished a bride who was apparently wearing a “gown with a deep neckline’’ for her wedding. He refused to conduct the wedding ceremony until the bride shed her gown and wore a traditional sari. The bride who had invested a fortune in the designer wedding gown was left with no option but to do what the priest had told her and the ceremony ended on a happy note.

This stand by the churches has nipped many a sartorial dreams in the bud.

“It was my long-time dream to see my bride in a gown. But she had to wear a sari to avoid any kind of uneasiness,’’ said Jatheesh Joy from Alappuzha.

But, not all are willing to budge.

“I have already bought a wedding gown at a very high rate. I am not going to buy a sari just because a few priests have failed to adapt to the changing times,” said Neha Sara, who is getting married in January.

There are some who feel the real issue is not the gown but its provocativeness. “If the bride wears a western gown with decent necklines and cut, no priest would stop her,’’ said Susan Bobby, who wore a gown for her wedding.

Some see the whole issue as symbolic of the Jacobite Church, which is caught in between the ‘Indian ethos’ and western influences.

“Jacobite and Orthodox churches are extremely conscious of its Indian identity. They are keener to retain their Brahminical lineage and Indian identity than the Catholics who look up to the Pope in Rome,’’ said Geevarghese Mathew, an academician who has studied about the Indianisation of Christianity.

Interestingly, the dress of the groom, which is normally a three-piece suit or the traditional kurta and mundu (dhoti), has not raised any eyebrows.