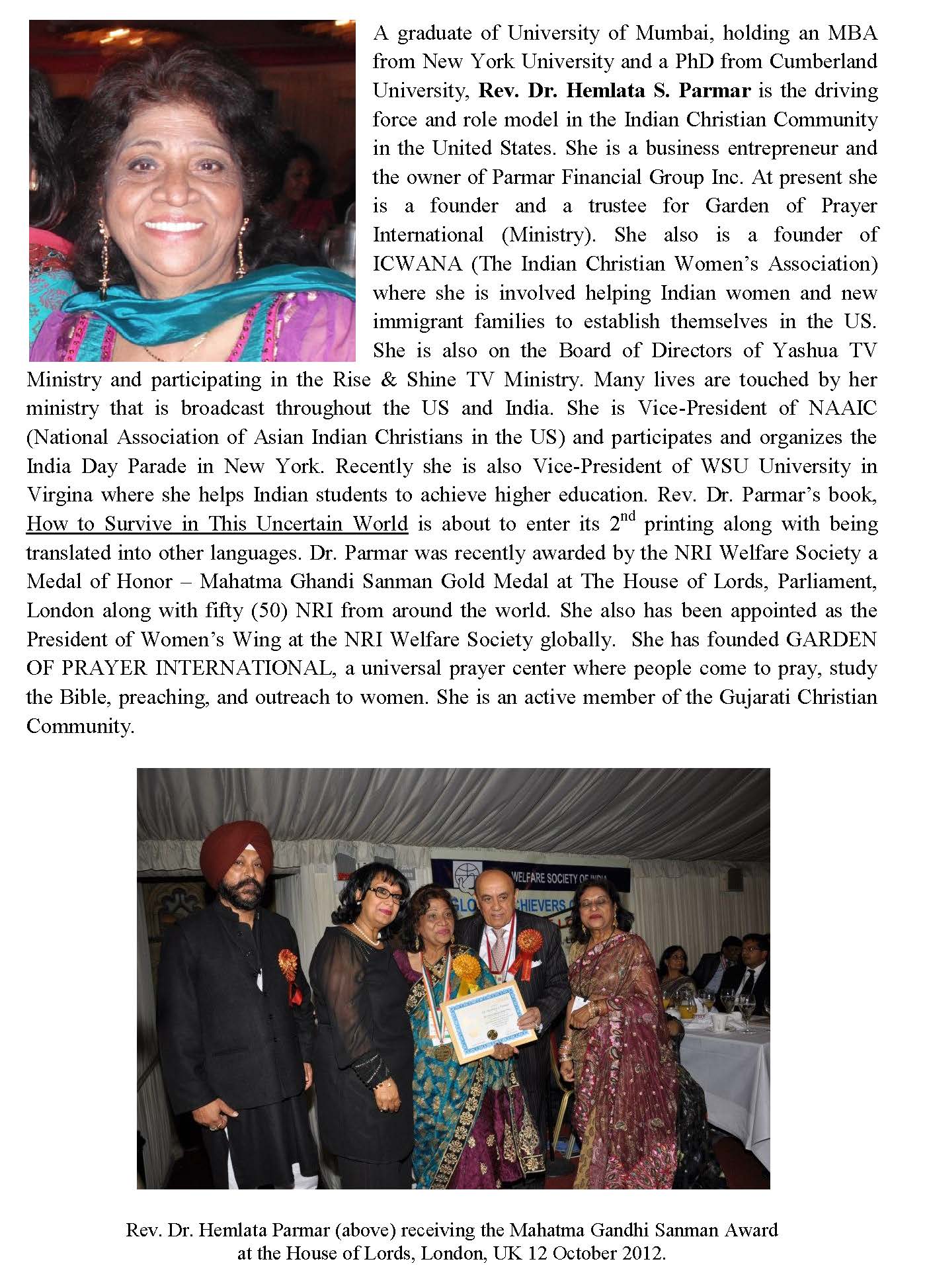 Pleace click on the above picture if you have trouble reading. 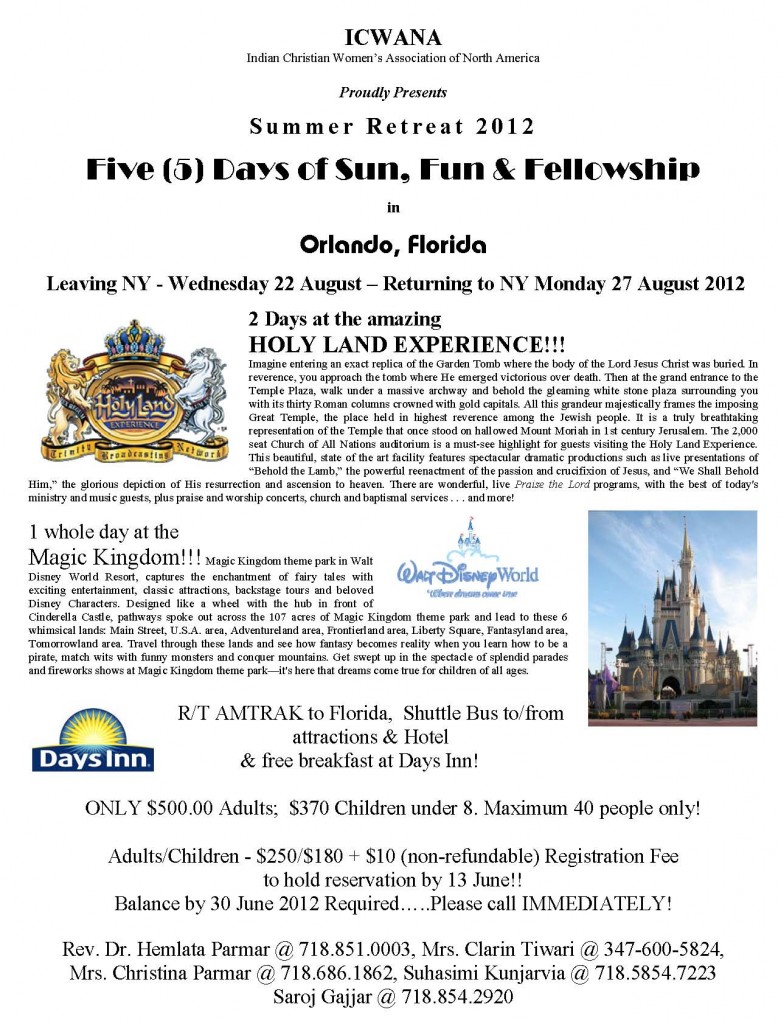 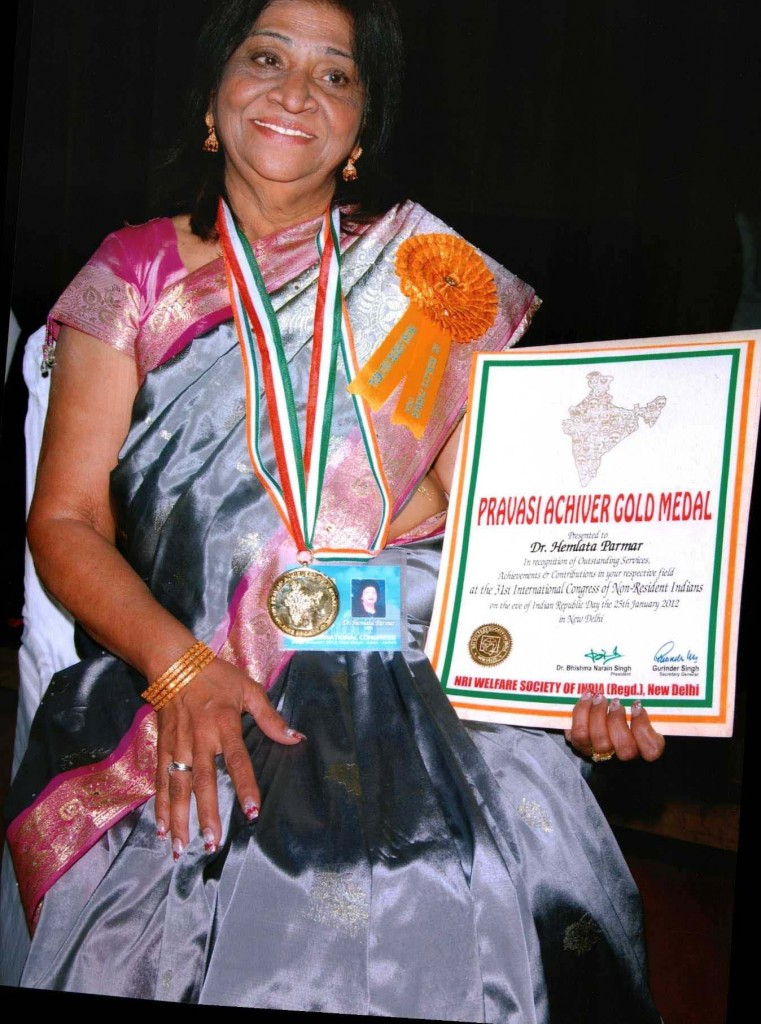 DR HEMLATA PARMAR was awarded for her outstanding services, achievements and contributions, raising the Indian flag high outside India.

THE PRAVASI ACHEVER GOLD MEDAL is given annually by  the “International Congress of Non Resident Indians”(held since 1982) on and around the Indian Republic Day in New Delhi, to no more than 2 members of the worldwide Indian diaspora by the NRI Welfare Society of India. This award is considered very prestigious, as is shown by the association of prominent personalities — including present and past members of the Indian Government — not only with the award ceremony, but also with the advisory board of the Society itself; among those associated with the board or present or past award ceremonies are the former Prime Ministers H.D. Deve Gowda and I.K. Gujral, ministers such as K. C. Pant (Former Defense Minister), and Oscar Fernandes, Vasant Sathe (Former Union Minister), Sushil Kumar Shinde (Union Minister for Power), K.H. Muniyappa (Minister of State Railways), and several members of Parliament. Former Election Commissioner G.V.G. Krishna murthy. Ambassadors of countries with a high number of Indians in the diaspora are also regular attendees addressing the participants of the Congress at which the awards are presented.

2007 SWORD OF HONOR (PRESETED WITH THE KEY OF INDIA

Rev. Dr. Hemlata S. Parmar is the driving force and role model in the Indian Christian Community here in the United States

A native of Nadiad, Gujurat, she completed her B.Sc in Nursing from Bombay University, then moving on to her Masters in Nursing at New York University and culminating in her doctorate (Ph.D )from Cumberland University. In this vast period of time she has been a Clinical Instructor at the College of Nursing – Ahmedabad, Gujurat where it was the first teaching college in nursing. When she arrived in the US in 1973 she married Sharadchandra I. Parmar and settled to raise a family in metropolitan New York City.

She is a very active member in the cogregation of Christ United Methodist Church in Brooklyn, NY where she is worship leader, PCR Chair among many other responsibilities within the community. Rev. Dr. Parmar is also Vice-President of the National Association of Asian Indian Christians where she has held that position for the last ten (10) years and founder and President of the Indian Christian Women’s Association in the USA. Along with Rev. Godfrey Uche she has also participated in the Rise & Shine TV Ministry which is shown throughout the US on cable television. Rev. Dr. Parmar’s book, HOW TO SURVIVE IN THIS UNCERTAIN WORLD is about to enter its 2nd printing along with being translated into other languages. Rev. Dr. Parmar when not busy within the community is found advising professionals on their finances from her Parmar Financial Group Inc.

We congratulate her for all her achievements and may God use her mightly!