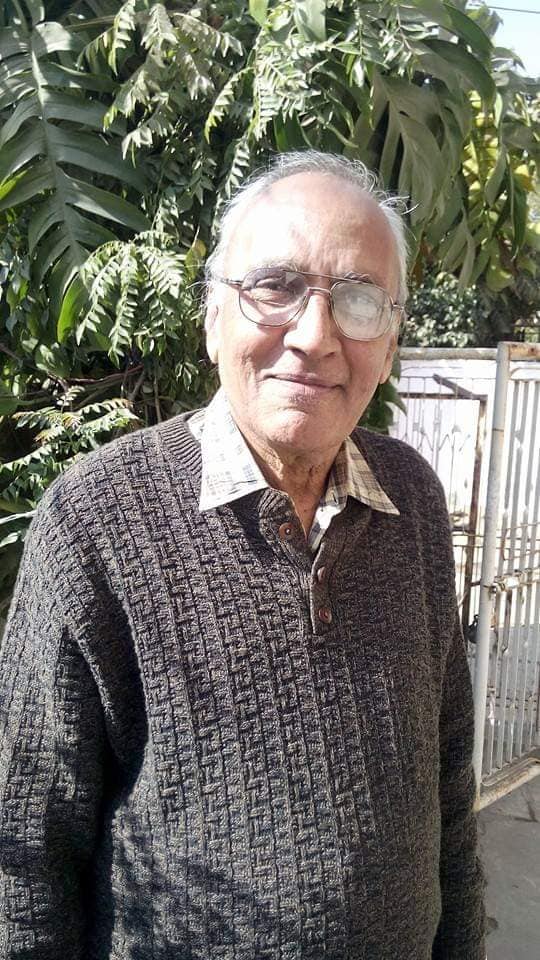 Ishwarbhai Hirabhai Dabhi passed away peacefully on October 4, 2019 at 4:53 am. Ishwarbhai was born in Rakhial, Gujarat, India. He married Madhukanta Dabhi on December 28, 1972 and together they had three children, Dipti, Alka, and Arpit. He was a loving husband and father. Ishwarbhai worked as a professor of Literature and Journalism in N.S. Patel Arts College for 32 years. He was a devoted Christian and dedicated his life to providing service among the poor and misfortunate. He faithfully performed missionary work in India, in the United States and in Australia. He was well known in his community for his joyful nature, his dedication to missionary work and his belief in the power of prayer.

His absence will be whole heartedly felt by his entire family, his circle of friends and among his missionary community. He is survived by his wife, Madhukanta; daughters Dipti and Alka; son, Arpit; son-in-laws, Bhupen and Rajesh; daughter-in-law, Falguni; granddaughters, Alisha, Anushka and Ashka and grandsons; Akash, Ankur and Arik. Ishwarbhai was a loving brother to his sister Chanchalben, his brother Chhotubhai, his late brother Naranbhai and his late sister Sakarben. He was the beloved Uncle of many nieces and nephews. He was known to be a father figure and benefactor to a great many that knew him. His legacy and example of unselfishness, dedication to charity and unbiased affection for his fellow man will live in the hearts and memories of all those who knew him. 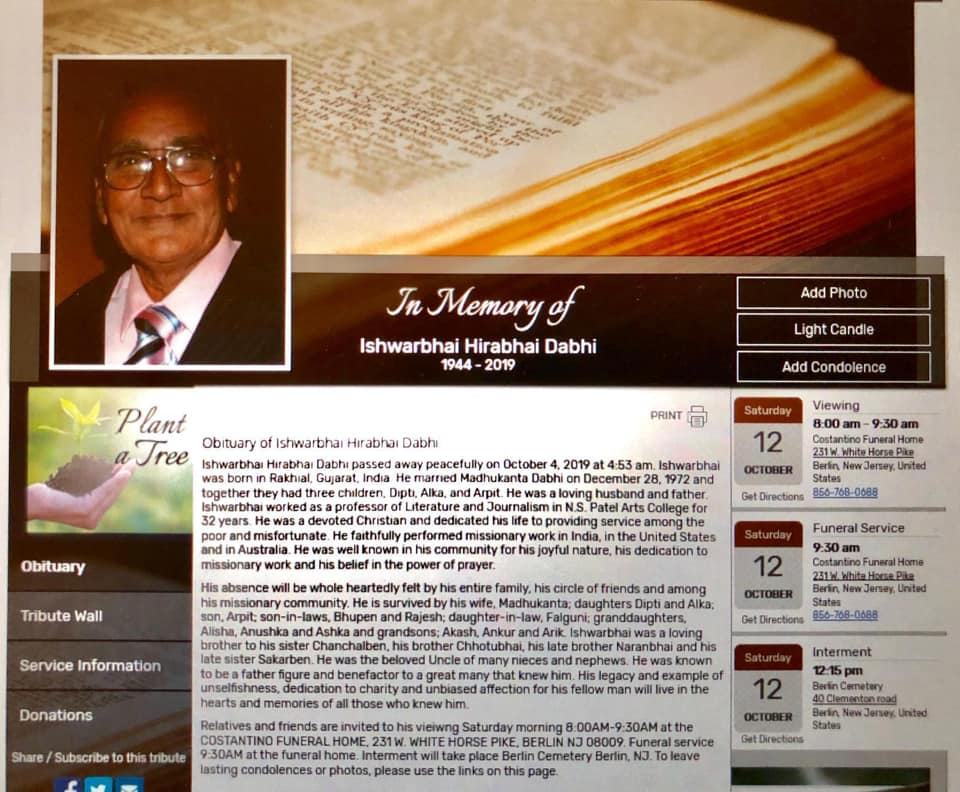