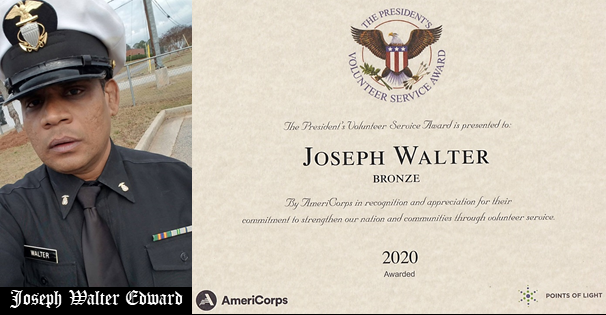 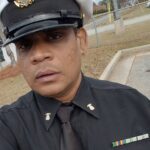 Mr. Joseph Walter Edward came to the states in 2008, landed at Atlanta Georgia. It was a bad phase of time due to the recession. So he moved to South Carolina and New Mexico states to seek job opportunities. While in Albuquerque, New Mexico, he got a chance to work at United States Naval Sea Cadet corps, which is part of United States Navy.

In 2016, he moved back to Atlanta, Georgia, and started working as a Math teacher, but still kept his passion for the Navy and Police, and kept on working for UNSCC. In the year 2019, he got a chance to volunteer as Police in Gwinnett County where he is currently living. He is physical fitness director for the United States Naval Sea Cadet Corps, at delta force division, at Gillam fort, Jonesboro Georgia.

He also volunteered for the Gwinnett County medical department during this pandemic.

Mr. Joseph Walter, a second child of Mrs. Jayaben and Mr. Edward of Amod, was born and brought up in Ahmedabad. He did Masters in Physics and B.Ed., and became a Physics-Mathematics teacher. He worked in different Public and Convent schools in India from 1998 till 2008.

He has three siblings Nelson (eldest), Glory (third), and youngest Robin. Following their mother steps, they all four became teachers. He got married in 2003, with Rashmi from Gandhinagar daughter of Mrs. Saroj ben and Mr. Peter Bhai.

His wife Rashmi is also a Math teacher and served in India, and now in States too, as a math teacher. They have one daughter, Reyona (Gotu) and she is a 9th-grade gifted student.

He praises the lord for all this glory of Almighty, he is thankful to his family and friends.

Congratulations and keep up the good work. May God bless you. 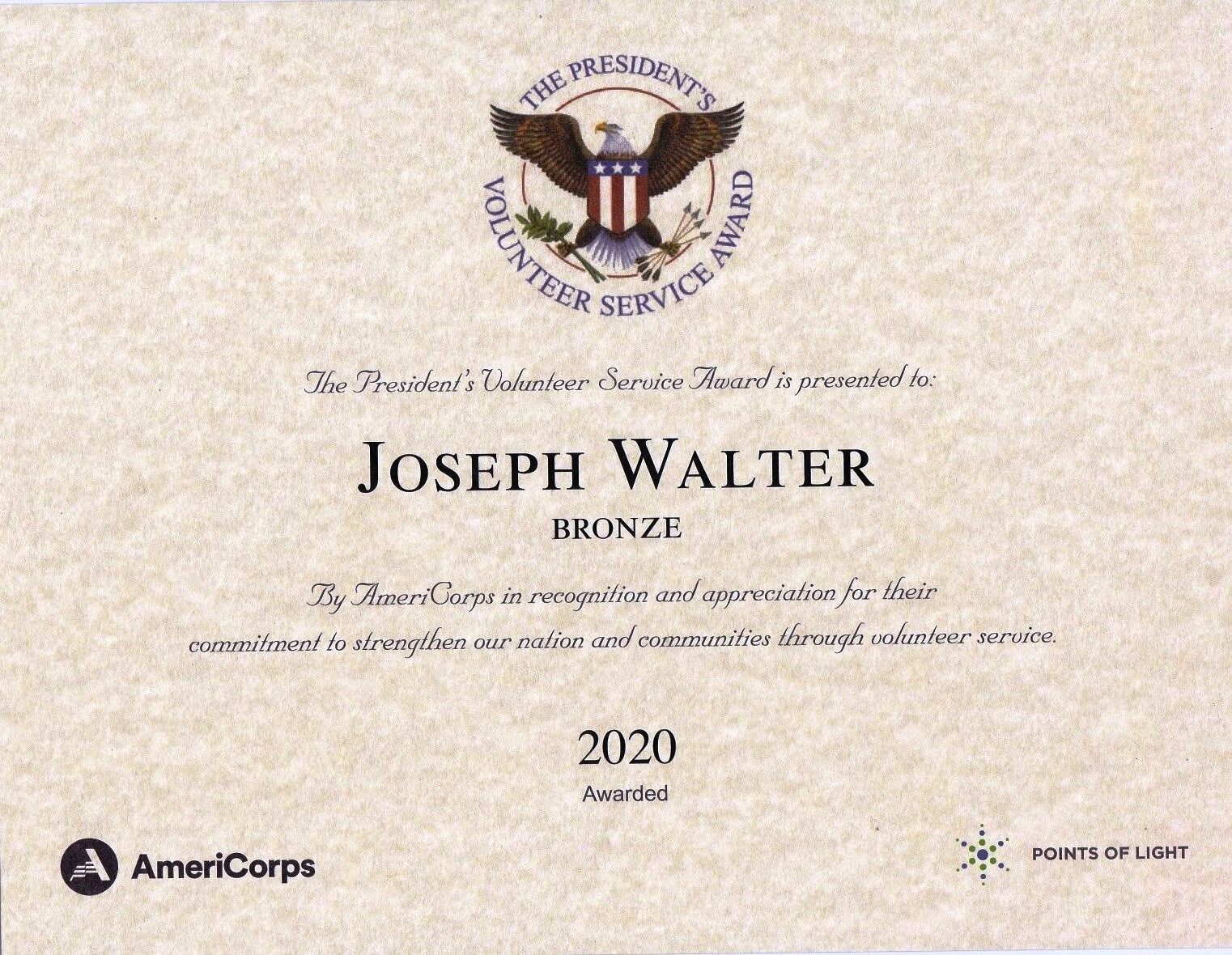 One thought on “Congratulation to Mr. Joseph Walter Edward, for receiving the US President’s Volunteer Service Award.”