AMERICAN CRICKET HISTORY TO BE MADE ON MINOR LEAGUE CRICKET OPENING WEEKEND.

Minor League Cricket (MiLC) announced today final rosters for the Toyota Minor League Cricket Championship presented by SLING TV, with games set to begin this Saturday, July 31 across the country. The competition is the most extensive to ever take place in the history of American cricket in a new dawn for the sport in the United States, with twenty-seven participating teams competing over 218 matches scheduled to take place in 21 cities nationwide.

It’s a great honor and privilege to inform you that Mr. Manish Varma (son of community activist Mr. Babu Varma) has been appointed as assistant manager of Chicago Blasters Cricket team. Congratulations! And all the best! May you make a bang in your new role. They are playing interstate league cricket tournament. The vice-captain of the Chicago Blasters is Mohammad Asaduddin, son of former Indian team captain Mohammad Azharuddin. Mohammad Asaduddin is married to Tennis star Sania Mirza’s sister Anam. 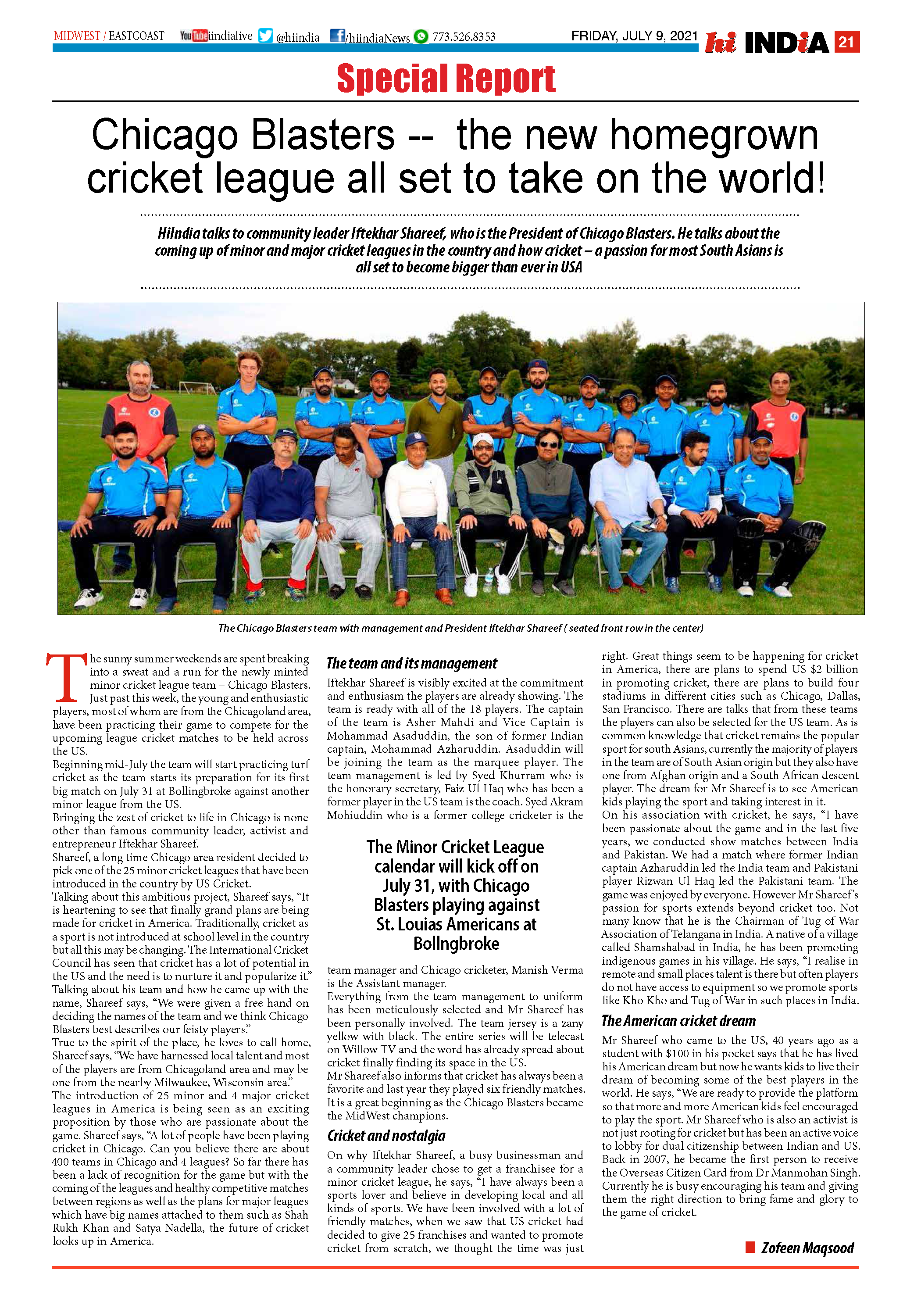 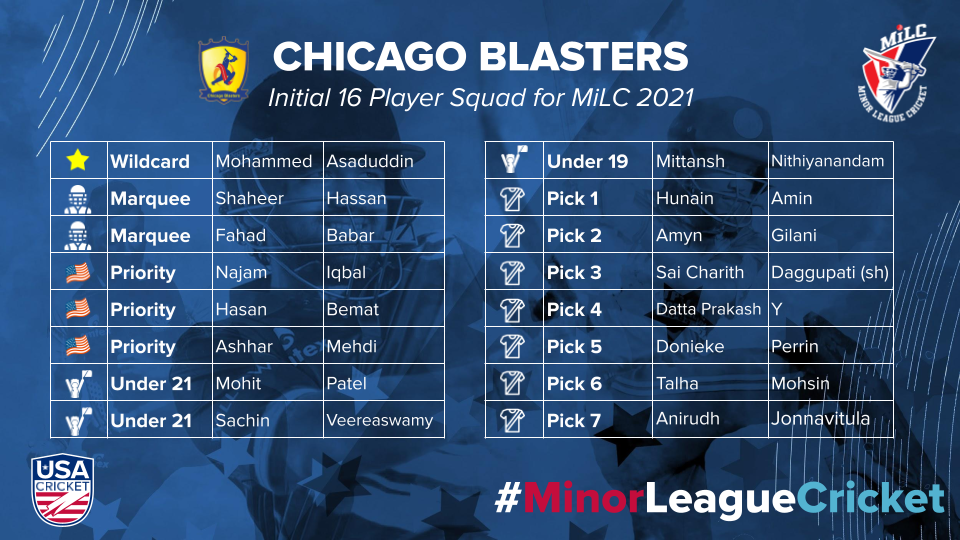 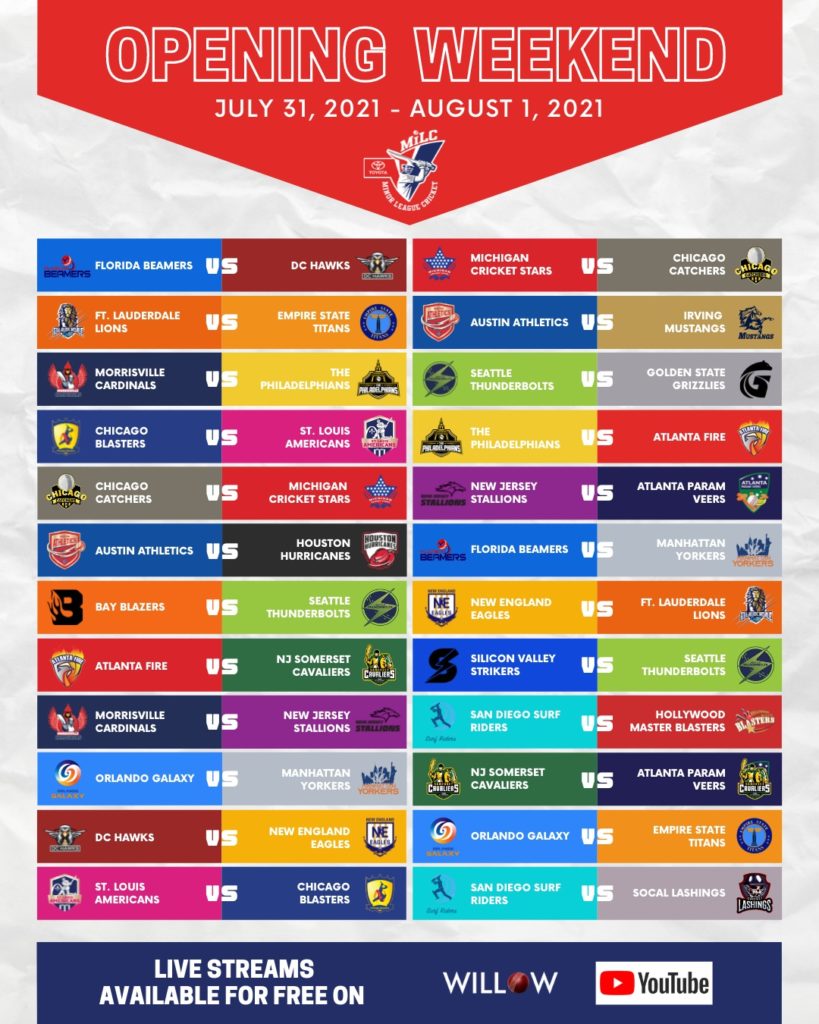