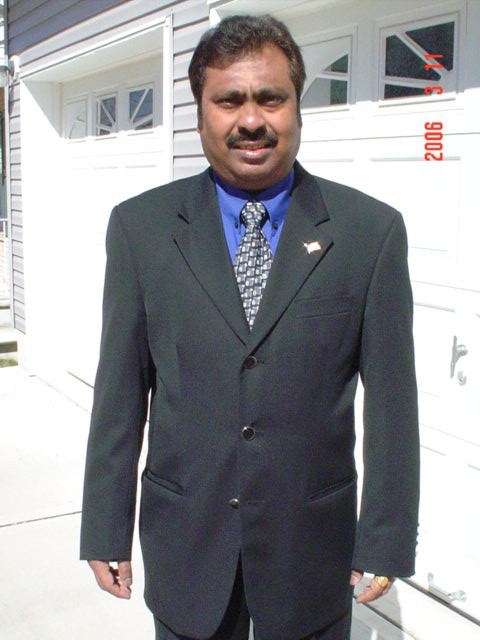 I was born on August 30th 1955 inKhambhatCity,Gujarat,India; the first child of my parents. I have two brothers and two sisters. I came to theUSAon July 15, 1985.I have been working as a Controller in the garment industries since 1986. Currently I am working as a Controller for S. Rothschild & Co., Inc., LLC, aNew Yorkbased Garment Company since January 2007.

I finished my first grade in Kumar Shala of Ode, Gujarat, India. The rest of my primary education was done in Kumar Shala of Sunav, Gujarat, India. I completed my eighth grade from V.B. Multi purpose High School, Sunav, Gujarat, India. The rest of my High School education was done in St. Mary’s High School, Mariampura, Gujarat, India. After completing S.S.C. in 1972, I joinedR.P.T.P.ScienceCollege, Vidyanagar,Gujarat,India. I came back to Petlad and joinedR.K.ParikhScienceCollege. After realizing science was not the line I wanted to pursue, I Joined Commerce College. In 1979 we moved to Anand where my parents built a house in Ravikunj Society. I joined Casting Corporation as a Junior Clerk in Vidyanagar. I worked there until 1984. In late 1984 I got a job in Taluka Panchat, Khambhat, my birth place, and worked there until July 1985. From 1974 to 1984 I was a member of a musical group called ”Sweet Melody”. We had done several musical nights in Petlad, Khmbhat, Dhuvaran, Anand, Sevalia, etc. I was fortunate to perform with Shabbir Kumar, Babara, Mehboob Khan, Mahesh Shastri, etc. We were also a polular group for navaratri raas-garaba. During my ten years with this group we performed in Karamsad, Sojitra, Petlad, Palaj, Borsad, Dharmaj, etc. After coming toAmerica I have performed in some wedding parties, social community gatherings, and also in a navratri celebration inJersey City.